Oh Deer! Deer Damage? Don’t Let It Put A Dent In Your Wallet 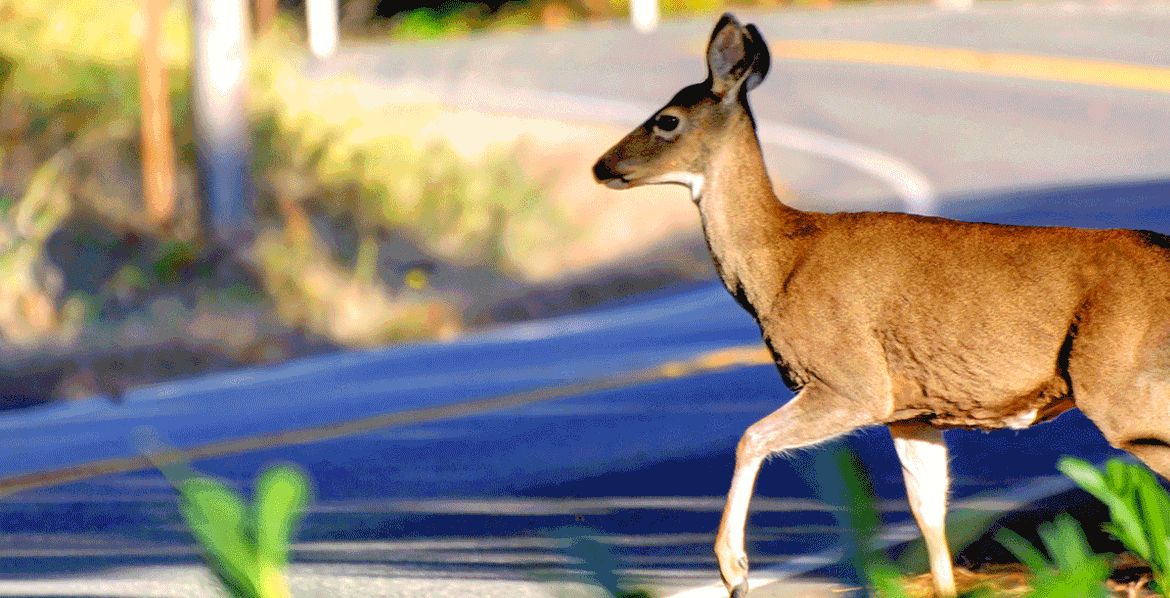 Many deer find their way onto highways and into suburban neighborhoods during the autumn season. Both parties lose when car and deer collide, but a measure of defensive driving can reduce the risks.

According to the Insurance Information Institute, during deer season, which generally runs from October through December, there is a dramatic increase in the movement of the deer population. CARSTAR says that while the frequency of deer-related accidents is decreasing, the severity of these accidents is increasing because modern vehicles are filled with advanced technologies that need repairing.

One out of 167 drivers will have a claim from a deer, elk, moose or caribou collision in 2018, according to State Farm, which is an improvement from the 2017 odds of one in 162. Those odds more than double during October, November and December, and there is an increased risk around dawn and dusk. State Farm estimates that animal collisions dropped slightly to 1.33 million between July 1, 2017 and June 30, 2018, compared with 1.34 million for the same period the previous year.

“Deer-related accidents remain as a tremendous risk, particularly in southern, midwestern and rural areas,” said Dean Fisher, Chief Operating Officer for CARSTAR.  “Deer-related accidents can be costly — nearly 70 percent of CARSTAR franchise partners estimate that the average cost of a deer-related collision repair is between $2,500 and $4,999, while many repairs are between $5,000 and $10,000. Most deer-related accidents involve front-end damage and that can elevate the repair costs because you have to replace windshields, bumpers, front headlamps and all related advanced safety technology housed in these areas.”

This year, some 1.33 million drivers will hit a deer, and November is the peak month for deer-related accidents.  But drivers can avoid an accident with a buck by following some smart driving tips this fall and winter. Early morning and dusk are the worst times for deer accidents, as visibility is limited and deer are frequently on the move. It is important to drive defensively and anticipate the potential for deer in the road.

The auto experts at CARSTAR, who repair thousands of vehicles each year from deer-related accidents, offer the following tips to reduce the deer danger:

If a driver ends up stranded with a damaged vehicle after a deer collision, they can always call 1-800-CARSTAR. CARSTAR will send a tow truck, call the driver’s insurance company, arrange for a rental car and repair the vehicle. For more information and store locations, visit www.CARSTAR.com.