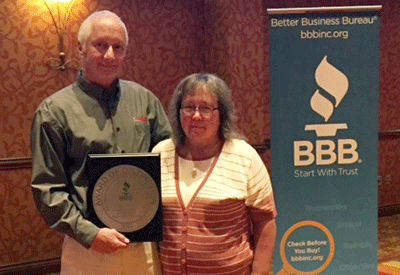 This award recognizes organizations in metro Omaha that have demonstrated ethical practices with key stakeholders including customers, employees and community at large, rather than a company’s growth, profitability or popularity.

Margo Riekes, Communications Director of Nebraska BBB, said these two Omaha body shops were selected because their application demonstrated that integrity is important for success and profitability and that business ethics were integrated into their corporate culture.

“It is a great honor to be recognized by the BBB as a company that deals with our customers, employees and vendors in an ethical manner,” said Greg Petersen, co-owner. “We are proud to have our two body shops receive this recognition.”

The judges decision was based on the score of CARSTAR’s application compared with the others in the judging category of 25-99 employees. These locations also received this award in 2014.