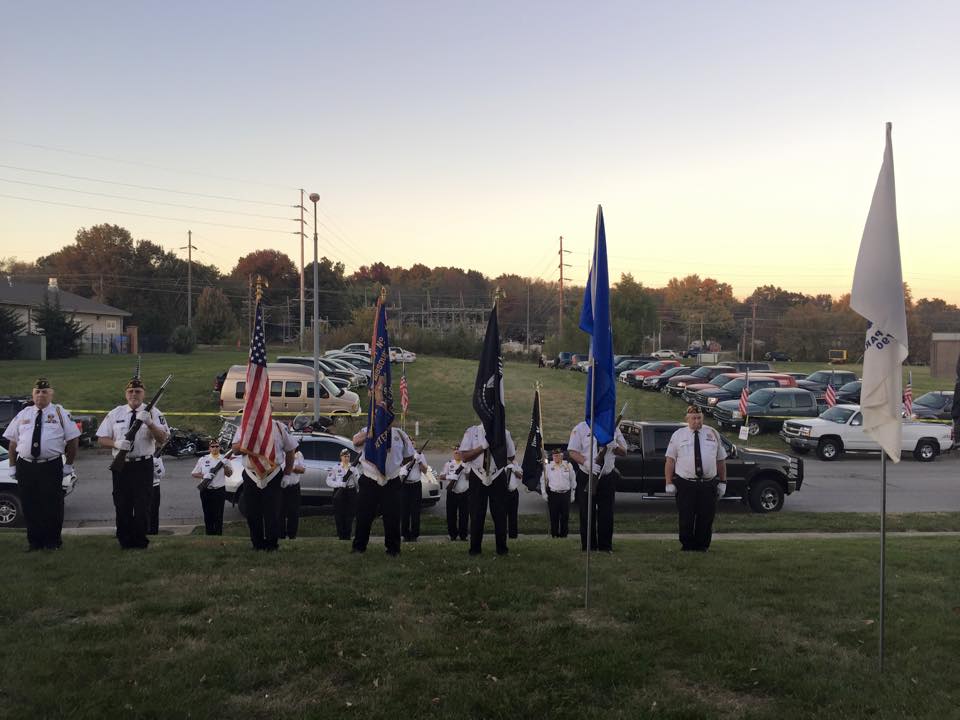 (November 11, 2015 Liberty, MO) CARSTAR Wicklunds in Liberty, MO, along with Enterprise Rent-A-Car, hosted their 9th annual Military Appreciation Celebration on Tuesday, November 3. More than 130 current and former military members, including several WWII veterans, along with police and firefighters and their families attend the free event.

The evening included a Color Guard, National Anthem, 21-gun salute, and the playing of Taps. Military and first responders were also treated to a huge dinner-time spread, which included a 250 lb. roasted hog with all the fixings, pizza, turkey, and plenty of sides. There was a complete USO-style show with a 50-person dance troupe, magicians, and more. Over 150 prizes were also and giveaways were also handed out.

Money was raised at the event in the form of donations for Honor Flight, a non-profit organization that honors America’s veterans by transporting them to Washington DC to visit and reflect at their memorials.

“Every time we put on this event, it becomes more and more special,” said Gerald Wicklund, owner of CARSTAR Wicklunds. “It is nice to be able to say “Thank you” and recognize the hard work and sacrifice of the men and women who have defended our freedom.”