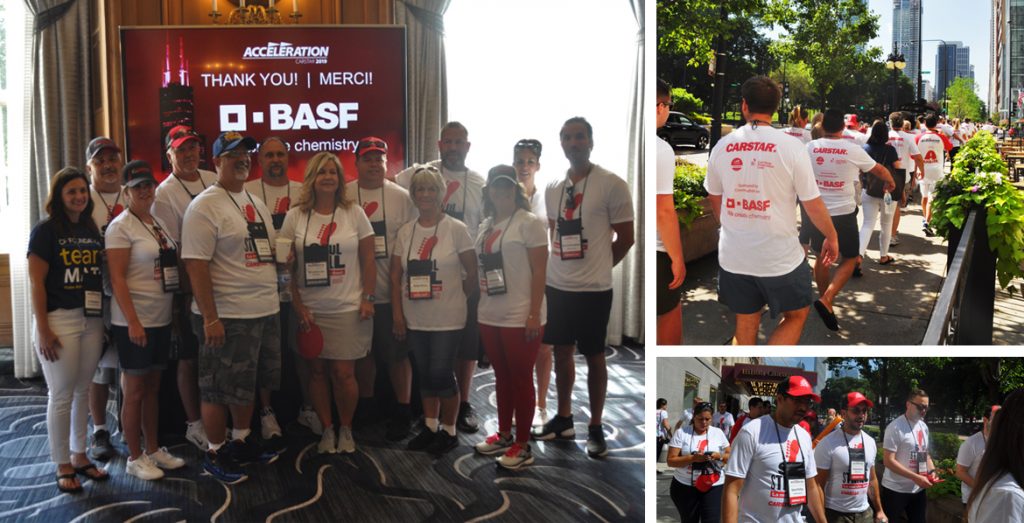 Annual CARSTAR Shine Month in June Culminates in Milestone Contributions for Cystic Fibrosis Research, Advocacy and Care in the U.S. and Canada

At the CARSTAR Acceleration 2019 Conference in Chicago, CARSTAR stores from across the U.S. and Canada held their annual charity walk in support of cystic fibrosis research, care and advocacy.

CARSTAR began the day with awards for the top cystic fibrosis fundraisers in the CARSTAR network, presented by Cystic Fibrosis Canada and the Cystic Fibrosis Foundation. Then, more than 300 participants donned CARSTAR colors as they took to the streets and parks of Chicago for the “Soul Stroll” to share the message about supporting the cystic fibrosis (CF) cause.  The event included a scenic stroll by Grant Park, along the shores of Lake Michigan.

Named “Soul Stroll,” more than 300 participants donned CARSTAR colors as they took to the streets and parks of Chicago and shared the message about supporting the cystic fibrosis (CF) cause.  The event concluded in Grant Park, along the shores of Lake Michigan, with awards for the top cystic fibrosis fundraisers in the CARSTAR network, presented by Cystic Fibrosis Canada and the Cystic Fibrosis Foundation.


These CARSTAR franchise partners, along with additional CARSTAR locations across North America, recently celebrated CARSTAR’s annual Shine Month with the Walk to Make Cystic Fibrosis in Canada, the Great Strides Walk in the U.S., car washes, BBQs, golf tournaments, wing nights, auctions and more – all to support the cause of finding a cure for cystic fibrosis.  Through these events, they raised a record level of donations, more than $100,000, to help those living with cystic fibrosis.

As part of CARSTAR’s 30th anniversary celebration, many CARSTAR franchise partners and vendors made direct donations of $1,000 to cystic fibrosis to commemorate the milestone anniversary.

The CARSTAR and cystic fibrosis affiliation all started 20 years ago when Victoria, granddaughter of Harry Belmont, previous CARSTAR Mississauga Hawkestone owner, received a cystic fibrosis diagnosis in 1997. At that time, the life expectancy of someone living with cystic fibrosis was 30.

CARSTAR then began fundraising for cystic fibrosis (CF) and the commitment to cystic fibrosis as the charity of choice has grown across North America, as have the funds raised. Passing the $3 million threshold for funds raised for Cystic Fibrosis Canada in 2016, CARSTAR now has raised over $3.7 million as U.S. franchise partners join the cause.

For more information on Shine Month, visit CARSTAR.com or CARSTAR.ca.