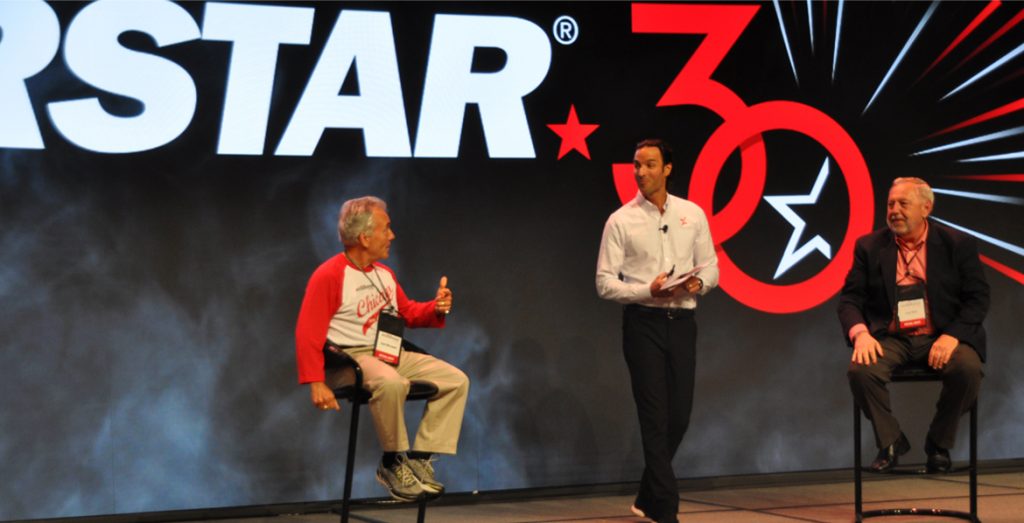 Lirel Holt, a Kansas City owner of a collision repair company, had an idea back in the 1980s to help independent shop owners like himself unite with professional standards, common repair practices, buying power and operational support. That concept turned into CARSTAR, and in 1989, it opened its first location – Wicklunds CARSTAR – in Liberty, MO. The network quickly grew and it soon became the first national multi-shop franchise operator in the United States.

Today, CARSTAR is celebrating its 30th anniversary, with more than 670 locations across North America, sales of nearly $1 billion and hard-earned position as the collision repair industry’s leader in high quality repairs and excellent customer service. And yes, Wicklunds CARSTAR is still in operation, led by second-generation owner Gerald Wicklund.

Holt took the stage with Sam Mercanti, who in 1994 became the master franchisor of CARSTAR in Canada, and current CARSTAR president, Michael Macaluso, to share stories about their journey together.

“This was initially an idea to bring a new level of professionalism to the collision repair industry and to offer resources to independent facility owners,” said Holt. “My fondest memories are of creating this model and building the best team. It was hard then and would be 10 times harder today.”

Holt credits the success of the organization to his partnership with Mercanti.

Mercanti heard about the CARSTAR concept from his BASF representative, and asked to have a meeting set up with Holt.  But the deal almost didn’t happen.

“CARSTAR was an incredible concept,” noted Mercanti.  “We met in November 1994 at NACE to put together a partnership. We were ready to go but the lawyers got in the way.  We threw the lawyers out and made a deal.

“It wasn’t always smooth sailing.  I jumped in the water, like swimming from Hamilton to Toronto in Lake Ontario.  I kept swimming and it didn’t seem like I was getting any closer to Toronto but I couldn’t go back to Hamilton.  So my only option was to keep swimming.  That’s what we did at CARSTAR, we just kept moving forward.”

The origin of the CARSTAR name has been a bit of a mystery, and Holt elaborated on the process in creating it.

“I had my team – my wife and son – and we had a list of about 300 names. We wanted one that started with one of the first four letters of the alphabet for Yellow Pages.  We wanted one that began with a hard consonant to show strength, and we needed a car reference to show what we did.  Then my son said we had to have a star reference based on one of my favorite poems by Robert Frost.  So we became CARSTAR.”